Scott L. Belin, MSN, RN at Norton Children’s Hospital in Louisville, Kentucky, is onto something. As an Emergency Services System Analyst at Norton, one of two Level One Trauma Centers in the State of Kentucky, the institution’s geographic position serves children from Kentucky and from neighboring states Indiana and Ohio.

Kentucky ranks first nationally per capita in reported cases of child abuse, with approximately 22,000 victims annually. Indiana has the second-highest rate, with more than 29,000 reported child abuse cases annually. Norton Children’s Hospital’s Pediatric Protection Specialists, affiliated with the University of Louisville School of Medicine, and part of the hospital’s Child Abuse Project, is charged with treating suspected cases of child neglect, abuse, and sexual assault, and also with collecting forensic photographs and videography to present at trial.

This is where Mr. Belin becomes energized about what lies ahead. A dedicated health care practitioner with deep experience in technology and analytics, Mr. Belin places high standards on obtaining clear still images and videography for seamless uploading and easy retrieval. Yet nurse examiners at Norton found that the quality of the images secured was inferior: “There was a lot of degradation with the photos,” he points out. This posed a considerable challenge for the Child Abuse Project team.

The board-certified child abuse pediatricians provide formal consultations and medical expertise on the diagnosis, documentation, and follow-up of child mistreatment cases. A freestanding pediatric hospital, it’s the only child protection program to serve all 120 counties in Kentucky. The facility conducts examinations by skilled nurses to determine whether child physical or sexual assault has occurred. Until recently, the facility operated without the use of a colposcope.

Since the team at Norton serves as the liaison among hospitals and community partners, including law enforcement, Child Protective Services and the Department of Justice, image quality and information gleaned from every forensic exam are crucial. The team also provides medical exams for local child advocacy centers in Louisville and Southern Indiana.

Working on behalf at-risk children, Mr. Belin set out to establish a groundbreaking platform to replicate throughout the state, and ultimately across the country.

Enter Lutech. As the premier provider of digital video colposcopes in the clinical and forensic arenas, Lutech’s state-of-the-art LT-300 series digital video colposcopes represent the pinnacle of technology in performing sensitive examinations and securing exacting imagery. Mr. Belin’s search for a provider of high-technology equipment that would allow Norton’s examiners to gather forensic evidence — and do so simply and minimally invasively, brought him to Lutech. Mr. Belin talked with a number of forensic medical providers, all of whom extolled the virtues of Lutech. “I pitched my idea to them.” He was pleasantly surprised by what he discovered after contacting Jennifer Fink, Lutech’s Vice President of Sales. “We really clicked.” He was impressed by the ease with which he was able to work with the professionals at Lutech.

“I was trying to create a program that acclimates to the clinician, not vice versa,” Mr. Belin shares. Lutech fit the bill and was exceedingly accommodating to the program’s needs. “We worked with Jennifer regarding the colposcope, the technology, and the physical equipment to accommodate our patients.” Based on feedback from Norton’s forensic nurses. Mr. Belin related the information to Ms. Fink, who met with Lutech’s technical team and software engineers. The recommendations were integrated into the devices delivered to Norton.

“We worked with Jennifer as far as the actual colposcopes, the technology, and the physical equipment to accommodate all of that,” Mr. Belin explains. “Jennifer made sure we not only had an upright stand for examining patients in a lithotomy position, but also a stand with a swing arm. I gave them the ideas, they presented them to me, and now the equipment can be easily changed from one stand to the other in about 20 seconds.”

Mr. Belin says Lutech’s LT-300 series digital video colposcopes will provide Norton “with the ability to review video after examination and take out the still image that provides the evidence needed. We’ll be able to annotate images, digitally measure them with software — all the bells and whistles. We’ll be able to do the things we have done, only with greater precision and accuracy, and all the things we haven’t thought that we needed.”

In short, the Norton relationship with Lutech has been one of mutual respect, and resounding success. “We worked hand in glove in partnership with Lutech to create a unique program — one that’s never been done before — to document child abuse, physical or sexual, in one platform.

“I couldn’t be happier with our partnership with Lutech,” Mr. Belin concludes. “We’re going to do something really big here. We’re excited to see where it goes.” 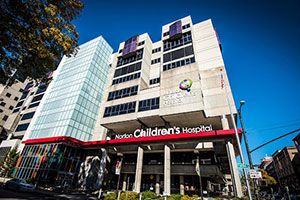 Contact us with questions
or to start your free trial today!